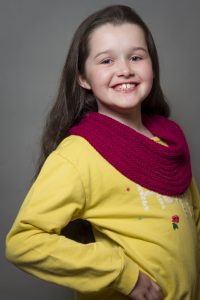 But for some girls and women their ability to make up their own mind is being curtailed and their ability to choose is being removed. I of course refer to Roe v Wade and the 1973 landmark decision of the US Supreme Court to protect a woman’s liberty to choose whether or not to have an abortion.

That precedent is now being eroded by the right-wing religious Republicanism sweeping the US under the presidency of Donald Trump with so-called ‘heartbeat bills’.

So far, as many as seven states have enacted a ban on all or most abortions with a further nine states considering anti-abortion legislation. Women are being told what to do with their bodies, predominantly by angry old white men. The new legislation could see women, who are victims of rape or incest, imprisoned if they attempt to proceed with an abortion.

It is quite frankly the stuff of dystopian nightmares.

Yet in a week’s time the UK will be rolling out the red carpet for Trump during his official state visit. The Stop Trump Coalition will once again be voicing their disgust at the leader of the so-called ‘free world’ by organising a ‘Together Against Trump’ national demonstration on June 4th.

Baa Baa Brighouse will also be launching its own woolly protest with a new yarn called ‘Female Bodily Autonomy’. £3 of every skein sold will go to the American Civil Liberties Union, an organisation that is seeking to challenge the abortion bans in the US.

Last year we raised $126 for the ACLU with the sale of our ‘Carnival of Resistance’ yarn.

However, this year, with the sudden rise of The Brexit Party and their gains in the recent European Parliament elections, we feel this yarny protest ought to be an opportunity to take a long hard look at America. You don’t have to scratch the surface of The Brexit Party to see that its members too hold some shockingly extreme views that could very easily lead us down a similar path at some point in the future.

While we’re all preoccupied by Brexit negotiations, has anyone been paying attention to these dangerous right-wing ideologies that may at some point wind their way into UK domestic politics if the electorate continue to give power to such people?

I don’t want my daughter growing up in a world where angry old white men can tell her what to do with her body. If you’re a reasonably balanced individual, I’m pretty sure you don’t either.

Therefore, Baa Baa Brighouse also plans to launch a sister yarn to ‘Female Bodily Autonomy’ called ‘Lactose Intolerant’. Now, I’m not advocating the throwing of milkshakes (and certainly not yarn), but it seems like an appropriate name given the intolerance of The Brexit Party and its members.

£3 of every skein of ‘Lactose Intolerant’ sold will be going to Hope Not Hate, a charity which aims to combat fascism in all its varying forms.

Both yarns will be available to purchase exclusively from Baa Baa Brighouse on Sunday June 2nd at 9:00 BST. Keep an eye on our social media for sneak peeks!

One thought on “Female Bodily Autonomy Or Lactose Intolerant?”