Online yarn and knitting supply store, Baa Baa Brighouse, has started a crowdfunding campaign on Kickstarter to raise funds for a bricks and mortar yarn shop.

But owner, Elaine Jinks-Turner, doesn’t plan to rent commercial premises – she wants to convert the living room of her 17trh Century cottage in Rastrick, Brighouse, West Yorkshire into a shop. 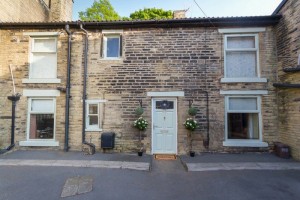 The building, which dates from 1602, was historically a wool shop during the 1940s, 50s and 60s and those local to Rastrick have fond memories of visiting the shop.

Elaine said: “A family friend told me that his mother remembered the wool shop and used to visit it regularly as a child. So, I asked in a couple of local Facebook groups if anyone else remembered the shop and it seems it was once quite a popular little place.”

Baa Baa Brighouse was launched as an online store in 2014. Elaine runs the business from home at 11 Church Street, Rastrick, but growth and demand means it is now ready for bricks and mortar premises.

The building to be converted is Grade II listed because of its oak beams and stone fireplaces but these would remain intact and form part of the yarn shop once the project is complete.

“I think it would be lovely for people to be able to see a little piece of local history restored,” said Elaine. “The demand for a yarn shop is definitely there. Never a week goes by without someone knocking on my door asking if this is where the wool shop is.” 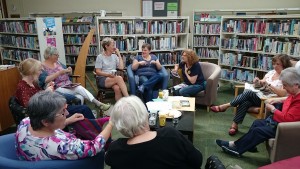 Knit and Natter at Rastrick Library

She said: “It took me years to recognise there was something wrong and seek medical help. Even once I had done so, it wasn’t until I took up knitting that I was able to cope and deal with the difficulties of my illness.”

There she met many others who had also turned to knitting because of its therapeutic benefits.

“Everyone I met seemed to have a story to tell that had led them to joining Knit and Natter,” said Elaine. “Some had survived breast cancer, some had suffered bereavements, some had physical illnesses or disabilities and others had mental health issues but all of them agreed that knitting or crochet helped relieve stress, anxiety, depression and the daily pressures they had to cope with. The health benefits of knitting are well documented.”

Elaine, 39, hopes the extension of her business with a bricks and mortar yarn shop will build on her community links and provide crafters with a place where they are welcome to sit and knit any time they like. 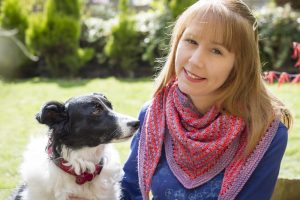 The campaign aims to raise enough money to pay for the conversion including planning permission, architect’s fees and building costs but there are only 30 days in which to raise the funds.

Elaine hopes local people and anyone who values a local yarn shop will support the campaign to renovate the historic site.

You can find out more and donate to receive one of the many rewards Elaine is offering her financial backers by visiting her project on  Kickstarter.