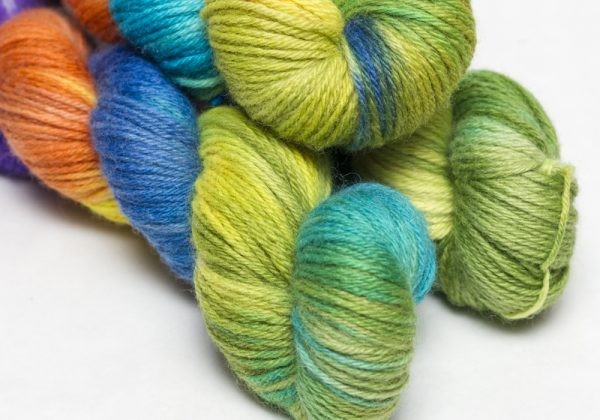 If you’ve been using social media over the past few weeks, you will unavoidably be aware of the discussion about the presence of racism within the worldwide knitting community and the need for us all to actively promote inclusivity and diversity in our craft.

For too long, people of colour have been under-represented and had their voices marginalised because of white prejudice.

I have been searching for a way of addressing this with regards to myself and Baa Baa Brighouse, which has always sought to be an inclusive and diverse business that welcomes people of all races, all genders, all sexual orientations, all ages and all beliefs.

However, it is one thing to write those words and another to carry them through into meaningful actions in our real lives, as I have recently discovered.

Five years ago I set up a Knit and Natter Group at Rastrick Library near Brighouse, West Yorkshire. My aim was simple – to bring together all those who loved to knit and crochet or who wanted to learn.

Since then, the group has grown and now meets three times a month – twice at the library and once at LoveBread, a community bakery that has a cafe attached.

For those five years, it never occurred to me that race would become an issue for the group. But it has and it is the ongoing conversation surrounding racism on social media that makes me now want to address it.

Some months ago, one of our members used a vile, offensive, racial slur in conversation with me at the library. It was directed at people of Asian origin and I won’t repeat the word here.

At the time, I was so taken aback to hear such a word from this person that I didn’t challenge them. I should have.

I always thought the library was a safe space, that the group I had helped to create was a safe space. It was the last place I had expected to hear such language. I was shocked and offended. I should have spoken up but I didn’t and for that I am deeply sorry.

For weeks now I have felt guilt and shame at my inaction and have been avoiding Knit and Natter because the issue had been compounded by the conversation happening in the wider knitting community.

I despise apathy when it comes to issues of social injustice. I abhor the attitude that there is no point in saying anything because that’s just how the world is and there’s nothing you can do about it.

It was my duty to challenge this racist attitude and instead I remained silent, giving that person the impression that because I too have a white face and didn’t speak out, that I agree with their views. I don’t and I never will.

Last night, at the Extraordinary General Meeting of the Friends of Rastrick Library, of which I am a member, I explained what had happened.

My fellow committee members were equally as shocked that racist attitudes that we thought, at least in civilised society, had been resigned to the history books of the 1980s, still prevail.

Generational differences can no longer be used as an excuse for such attitudes and in the hostile environment that persists within the UK in the post -Brexit Referendum era, we all have a responsibility to challenge racist, divisive remarks.

Other members confirmed that they too had heard things at Knit and Natter that had made them feel uncomfortable.

I look around at my Knit and Natter Group and I see white faces looking back at me. I wish we were more diverse but when members are outwardly racist, I don’t know how that can be achieved.

Staff have said that if such language is heard, the perpetrators will be challenged and ultimately asked to leave. A community building and a community group is no place for racism. So, I tell you here and now, I might be knitting but I’m still listening and I won’t let it slide twice.