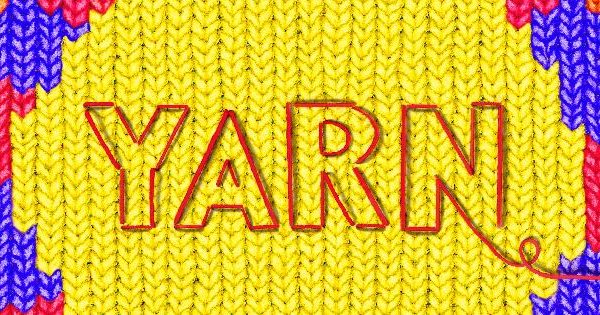 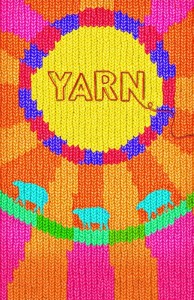 Yarn (noun) – a continuous twisted strand of natural or synthetic fibres; yarn (verb) – a story or entertaining narrative. Two distinct dictionary definitions is what ‘Yarn‘, the new documentary by director, Una Lorenzen, opens with. It tells the story of modern fibre artists and how they use yarn to comment on the world.

A few members of our Knit and Natter group and myself went to the Pictureville Cinema at the National Media Museum in Bradford to watch a screening of the Icelandic filmmaker’s latest work.

It’s true that before Baa Baa Brighouse began, I was a journalist and in my dim and distant past reviewed plays, exhibitions, music and more besides but I have never considered myself a critic. So, if you are looking for a critique of the film, you won’t find it here – just the honest musings of a yarn shop owner with a passion for all things yarny.

No, I’m afraid my artistic knowledge is more in line with Crash Test Dummies who sang:

I’d heard about ‘Yarn’ through Facebook and had also been contacted by publicists connected with the film prior to its release but I wasn’t sure what to expect.

Oddly enough I had unwittingly come across the work of the latter two and shared pictures of MacAdam’s installations of giant yarn structures and clips from the circus company’s show, ‘Knitting Peace’ on social media many months before viewing the film. 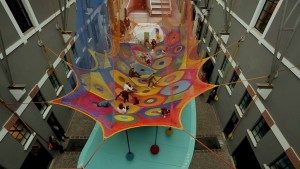 Looking at the words of other reviewers, it seems that once again mainstream media has fallen into the trap of describing knitting, crochet, working with yarn as a ‘hot new trend’ or the ‘hobby of choice for the hipster generation’.

Can we just put that to bed already? It’s not, okay. My mum knitted, her mum knitted and at a guess, I would say her mum knitted too…and probably her dad. It’s not new – it’s always been happening and the fact that men knit too isn’t any more amazing.

It’s clear in the film that some believe that using yarn as art whether through knitting or crochet is thought of as a lower medium, a handicraft performed by women with only a practical use. But art is always subjective and certainly the vast majority of people I know don’t value yarn art less.

That’s why it’s a privilege to have been asked to work on some yarn bombing at Rastrick Library recently because many people appreciate that yarn art can be beautiful and thought provoking in the same way that a painting or a photograph or a sculpture can.

The artists featured in ‘Yarn’, of course, come from different backgrounds and have different struggles to contend with and have different things to say. Maybe it’s only in more recent years that yarn art has been taken outside into the world, into the public domain and these artists have helped to further that but yarn art has always been around whether in a hand knitted jumper or an intricate piece of lace – it’s all art, it’s all worthy and quite often you don’t have to look too far to find it.

Is a drawing on a wall by Banksy more worthy than a crocheted star pinned to a post as a protest? Perhaps the answer lies in how easy that artwork is to interpret.

The giant yarn structures of Net Play Works are a wonderful way to encourage exploration and imagination in children and adults alike and are quite fantastic to look at as pieces of art as well, adding colour and shape to a otherwise dull space.

‘Knitting Peace’ is a piece of performance art that uses yarn along with dance and aerial movement to draw the audience in and it is quite mesmerising to watch.

The film itself is a piece of art and though at times, was self-indulgent (that’s artists for you), it certainly had something important to say and made me think about how other people view this woolly world I now inhabit. 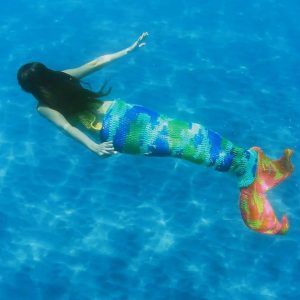